Green Thoughts and Other Stories by John Collier 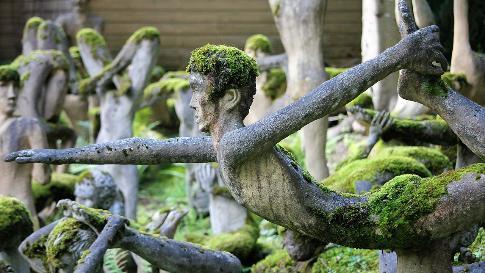 "To write tales about hell under the floorboards, the devil as a film producer, men kept in bottles, a man who marries a chimpanzee is a sure way to miss the attentions of the "serious" chronicler of fiction."

These are the words of Anthony Burgess on the literary production of his fellow Englishman, John Collier, a fiction writer who has been compared to a wide range of well-knowns: Saki, P.G. Wodehouse, Lord Dunsany, Ambrose Bierce, Rudyard Kipling, Evelyn Waugh.

I'm in complete agreement with Mr. Burgess' assessment - if editors were to anthologized short stories of the oddball sort, John Collier could very well head the list of possible candidates for inclusion. How oddball? How weird? How bizarre? How erratic? In keeping with my personal preference for reviewing such a collection, rather than saying a few words about a number of the tales, I'll say a number of words about a few of the tales. But before I do, one more quote by Anthony Burgess on Collier's sometimes fantastic, sometimes macabre, sometimes ultra-weird supernatural fiction: "He is chiefly a creator of very wayward miniatures, and all that can be done with these is to enjoy them."

GREEN THOUGHTS
Poor Mr. Mannering. If he only knew what he and others were in store for when he received an orchid with a certain sinister quality from a friend who perished mysteriously when out on a scientific expedition. What sort of orchid was it? He did not know but he took special care to plant his new acquisition in the section of his hothouse where he could always keep an eye on its health.

Not long thereafter, Mr. Mannering knew he need not worry – the orchid proved to be extraordinarily hardy, its stalks opening out bunches of darkly shinning leaves that quickly took over the space from any of its neighboring plants and flowers. Then after some time, tiny buds popped up here and there among its profuse greenery, buds that looked like the heads of flies. Mr. Mannering was overjoyed – possibly he is now the proud owner of a heretofore unknown variety of orchid, an orchid that might even be named after him and thus secure his rightful place in the world of botany.

But then it happened: Cousin Jane’s cat inexplicably disappeared. Not long thereafter, a strange new bud appeared on the orchid, a bud that continued to grow bigger and bigger until it reached the size of Mr. Mannering’s fist. And again, Mr. Mannering had to deal with strange disappearance number two: Cousin Jane herself.

I suspect nobody reading this will be shocked to know John Collier’s tale features a crossover in lifeforms, from human to plant. The only other such flesh to leaf transformation I've come across in all of literature is Argentine writer Santiago Dabove’s short story Being Dust. As the Latin American author's yarn is harrowing, Collier’s contains light humor and signature British understatement. It isn't exactly Jane Austen's Mr. Darcy metamorphosing into Franz Kafka's giant cockroach, but it's close! What a treat for fans of the fabulous.

MAN OVERBOARD
“Such people should realize that, though I may lack wealth and grace and charm, I do so in a special and superior way.” John Collier has some serious sly irony working here in this line from the first-person narrator who accompanies rich, eccentric Glenway Morgan Abbott on his yacht Zenobia as the adventuring New Englander searches the oceans for a real live sea serpent.

All the many members of Glenway’s crew (it’s a huge yacht) know better than even hint their skipper’s quarry is nothing more than the stuff of myth and legions, every single man aboard understands Glenway is serious, serious about his giant sea serpent, having conducted extensive research into historic reports of actual sightings. So serious, his quest for the sea serpent was the reason the beautiful lady of his dreams, his famous movie star wife, divorced him.

Thus a crisis is at hand when a group of Americans on a remote island cajole captain and crew to take aboard Mr. Bob Geisecker. Turns out, Geisecker is the kind of fella not to hold back, a big, fat American jokester always up for a good laugh, a man forever on the lookout for the sensitive side of people to stick his long, sharp satiric needle.

“Abbott!” cried Geisecker triumphantly during breakfast on his first morning aboard. "You’re the guy who goes around looking for the sea serpent!” And then after a few more scathing, caustic remarks: “But maybe, maybe they were pulling my leg. A fellow with your education wouldn’t fall for that cheesy old bit of hokum.”

What happens from this point forward makes for one hilarious, laugh-out-loud read, even when, believe it or not, the fabled sea serpent makes its appearance. Oops. I might have said too much. 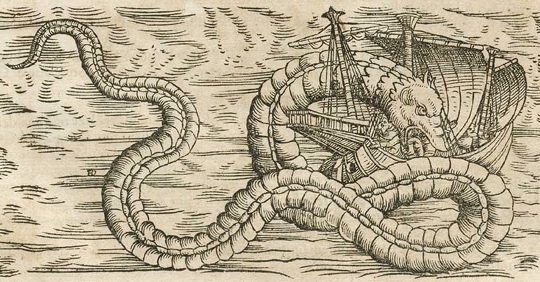 SPECIAL DELIVERY
A sweet, sweet love story. No man has ever loved a woman more than Albert loves his Eva. Both Albert and Eva spend their days at Rudd & Agnew on Oxford Street in London. Albert does his clerical work and Eva is a model, a model with long blue eyes and perfect in almost every way – as perfect, that is, as any mannequin can be perfect. A touching, tender story where the lovers are under continual attack from the supervisor and the many insensitive louts working throughout the building.

Following a particularly violent encounter, Albert is left alone with Eva. He tells her: “If they give me the sack, who’ll look after you? Don’t be hard, Eva. I couldn’t help it. And I had something to tell you. Don’t you want to know what it is? You do? Really? Well, listen –“ Eva had given him an unmistakable look of understanding and forgiveness. It raised Albert to a precarious exaltation.”

As noted above, a story that’s sweet and touching and tender . . . but nonetheless, a John Collier story possessing its own special flavor of out-and-out weirdness.

SPRING FEVER
Eustace is a young sculptor with an issue: although his sculptures are superb works of art, they are much too lifelike for modern taste. Thus poor Eustace is usually obliged to mooch off his friends. He muses: “I carve the stone and chisel my meals.” On one such evening, the wife of his friend gave Eustace not a seat at the dinner table but a ticket for a seat at one of the city theaters. So happened that night there was a ventriloquist on stage who brought down the house and made thousands in the bargain.

Being of quick mind, Eustace realized he himself could craft a ventriloquist’s dummy, learn the art of projecting his voice via a little book from a second-hand bookshop, Practical Ventriloquism, rent a theater (with his girlfriend’s life savings) and thus make thousands. Pick up Green Thoughts to see how Eustace the sculptor fares as Eustace the ventriloquist. However, allow me to leave you with but one of the many colorful John Collier descriptions as Eustace sets out on his creative project:

“In order to impact a sufficient flexibility to his creation, he jointed the limbs and neck with pieces of old bedsprings, such as are indigenous to the soil of the back yards of Brooklyn. This experiment was so successful that he broke up two or three battered alarm clocks he found, which his neighbours had thrown at the cats, and fixed up the fingers, the toes, and the eyelids. He scrabbled about in the debris, and found other springs of all shapes and sizes, which he employed to the utmost advantage, not even neglecting those details that were least likely to be seen by the audience. In the end, the figure had good reason to look supercilious.”

Lastly, let me mention reading this Tartarus Press publication was a joy. During the past week I had several occasions to ride the train as well as sitting in my reading chair, treating myself to many pages of John Collier thanks to Tartarus. The feel of the book, the legible print, the quality of the paper - a truly aesthetic experience. 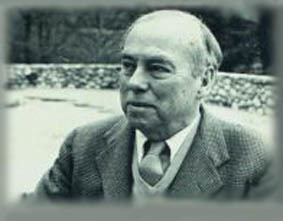