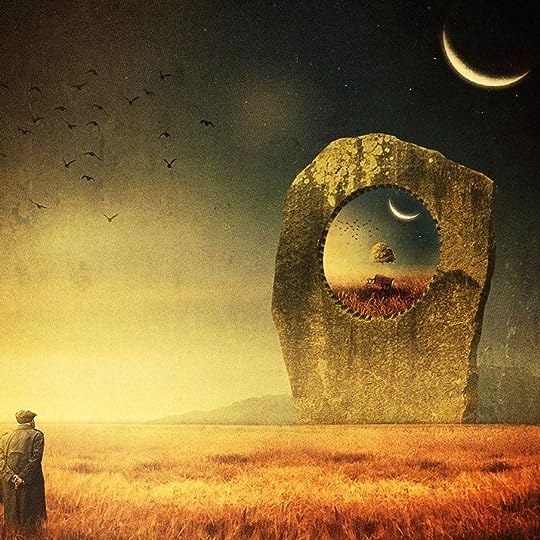 Sub Rosa - Eight tales by Robert Aickman, acknowledged as one of the finest British authors of ghost stories or what he himself termed “strange stories.” As R. B. Russell writes in his Introduction to this high quality Tartarus Press publication, the stories in Sub Rosa represent Aickman at the height of his powers. Although I’m relatively new to Aickman (I’ve only read Compulsory Games and Night Voices), I entirely concur – a reader would have to dig deep to discover tales equal in their sheer dramatic force and nuanced poetic language. Or, expressed in more concise modern parlance, every single tale in this collection packs a WALLOP (all caps to emphasize the impact). And that's impact as in each tale had me reeling, especially after I read the concluding paragraph. Let me tell you folks, Robert Aickman possessed unique storytelling gifts.

Every strange story in Sub Rosa deserves its own comprehensive review, most especially the three of novella length: The Inner Room, The Unsettled Dust and Into the Wood. However, in the spirit of brevity, I'll contain myself and focus on two from the collection that will remain with me for years to come.

THE CICERONES
“John Trant entered the Cathedral of Saint Bavon at almost exactly 11:30.”

That’s the opening sentence that serves to set the stage for this Robert Aickman masterpiece. The cathedral is in Gent, Belgium and John Trant is a thirty-two year old bachelor and, by his own account, an ordinary Englishman with a specific passion for travel.

What strikes Trant upon entering the vast building is its silence and the fact that, unlike the many other Belgian cathedrals he visited, he's alone - alone, that is, except for the people in the tombs. As his usual custom, he leans against a column and reads the history of the Cathedral in his guidebook; he then walks toward the front where the book notes: “Carved oak pulpit with marble figures, all by Laurent Delvaux.”

But just then he spots something extraordinary: a figure in the pulpit slumping forward over the preacher’s cushion. Trant could see “the top of a small, bald head with a deep fringe, almost a halo, of white hair; and, on each side, widespread arms, with floppy hands.” The figure isn't a priest, rather he is wearing garments of several bright colors.

Although unnerved, Trant moves forward once more, passing the next column and looks again – the figure is gone. At this point, Trant hears a laugh and turns round – behind him stands a slender young man in a grey suit. The man speaks with a vague foreign accent: “Excuse me. I saw it myself so don’t be frightened.” Trant replies: “It was terrifying. Out of this world,” to which the young man asks: “Did you notice the hair? Trant acknowledges he most certainly did and asks, in turn: “What did you make of it?” The young man answers: “Holy, holy, holy.”

The figure in the pulpit and the exchange with the young man are but the first in a series of mysteries the English tourist encounters, including a number of the cathedral’s paintings, many horrific and grotesque in the extreme. Trant converses with yet another young man and also has brushes with several boys that appear to him as if existing in another otherworldly realm (and might appear to the reader as creepy, creepy) . Mystery upon mystery until the concluding eerie event whereupon the boys and young men along with the bald man with the white halo hair encircle Trant with arms outstretched and start singing.

Reading The Cicerones we can ask: What is the ultimate fate of our English tourist? During his tour, one of the boys points out a diptych depicting the blessed on one side and the lost on the other. He also informs Trant he'll be there soon. Like the many other scintillating aspects of this intricate, gripping yarn, Robert Aickman leaves the answer to the imagination of each reader.

Coda - Robert Aickman wrote the following regarding this story: "The cathedral in The Cicerones was at Antwerp, but the events described in the story happened to me so precisely (almost) that I moved the whole thing, including all the detail, to the cathedral at Ghent. I fear, therefore, that the student has to visit both cathedrals: not that he will regret doing so, or she." Which leads one to wonder where and how the author's "almost" came into play.

RAVISSANTE
A tale that can be interpreted as the madness of art or the art of madness or both. A story within a story that’s knotty and tricky, requiring more than an initial read to be fully appreciated. So as not to divulge the tantalizing arc of plot, I’ll simply highlight four pieces contained within this literary chiller:

Artist – A British narrator relates his acquaintance with an unnamed British painter whose large canvases remind him of the late Charles Sims, specifically of such paintings as Am I Not The Light in the Abyss? As the frail, slim painter reflects on his own work: “My pictures are visionary and symbolical, and, from first to last, have seemed to be painted by someone other than myself.” 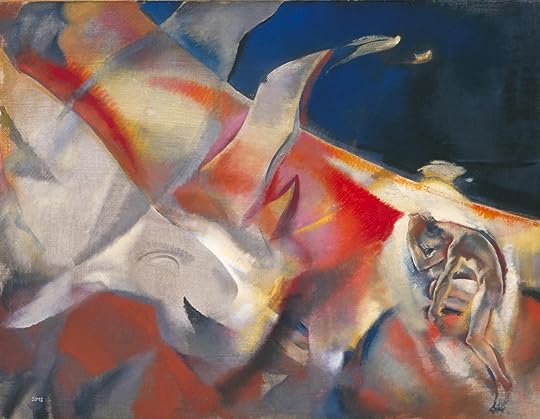 Am I Not the Light in the Abyss by Charles Sims

An Artist's Influences - The slim artist discloses his relationship to art and artists, how art in general leaves him cold, especially when put on display for crowds; rather, art should always belong to individuals. Likewise, most artworks by the great masters have little effect on him. “On the other hand, in the painters who do affect me, I become almost completely absorbed: in their lives and thoughts, to the extent that I can find out about these things or divine them, as well as in their works.” He goes on to specify the half dozen or so artists with whom he feels great affinity, above all, the Belgian artist James Ensor. (By my eye the below Ensor painting captures much of the ghastliness the British artist encounters in this Aickman tale). 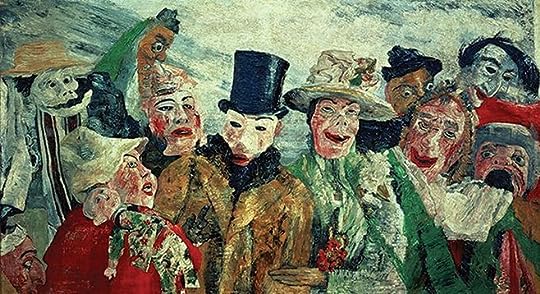 The Intrigue by James Ensor

Madame A - An old widow of one of the artists the British painter feels affinity. She has been living in isolation in her house in Brussels for years and is more than happy to welcome the young artist into her home to share her memory and the paintings hanging in her many rooms.. Recall my mention of madness above. "Her hairy legs were bare also, and her dull red dress was cut startlingly low for a woman of her years. making her creased bosom all too visible." The more we learn of Madame A and her odd view of life and art, the more we are drawn into the ghastly and grotesque.

Creatures - "Animals often appear in here," said Madame A. huskily. "Dogs, cats, toads, monkeys." What is a Robert Aickman story without a tincture of menace and a hint of at least one ghost? Our Englishman artist is about to discover for himself. 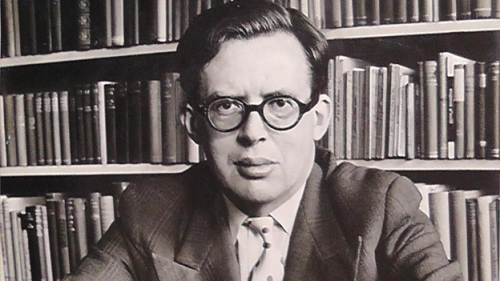 Glenn Russell
I attempt to make my book reviews clear, insightful and a pleasure to read. I aspire to the high standard of accomplished reviewers such as Michiko Kakutani, Christopher Buckley, Gary Indiana, James Wood and Edmund White.