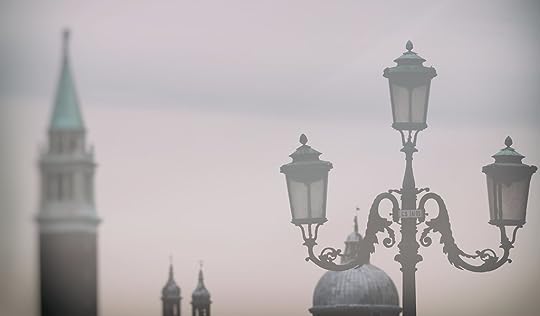 "It was Stevenson, I think, who most notably said that there are some places that simply demand a story should be told of them. . . But there are also, I believe, places which have their story stored already, and want to tell this to us, through whatever powers they can; through our legends and lore, through our rumors and our rites. By its whispering fields and its murmuring waters, by the wailing of its winds and the groaning of its stones, by what it chants in darkness and the songs it sings in light, each place must reach out to us, to tell us, tell us what it holds."

The above Mark Valentine quote is very much in the spirit of this outstanding collection, tales that have been stored away in places waiting for a sensitive ear to give voice to their hidden secrets. There’s something here of Italo Calvino’s Invisible Cities and Christopher Priest’s Dream Archipelago - the fancy, the pure delight, the imagined possibilities. And the two British authors' unique literary vision in Secret Europe also utilizes actual history as a benchmark, mostly during or between the two great world wars.

It’s the combination of these two ingredients, the geography and history of Europe along with imagined people, cities, countries and events that makes Secret Europe such a singular read. And speaking of the delight one can having in reading, I was recently asked the following question after posting my review of another of Mark’s books: Did reading a high quality edition of The Collected Connoisseur published by Tartarus Press make a difference? The answer is an emphatic “yes” on three counts: 1) reading any Tartarus book is an aesthetic experience in itself; 2) the print on the page is clear and extremely readable; 3) I had a heightened sense of Mark’s polished literary voice when reading from such a beautifully produced book.

In their Introduction, Mark Valentine and John Howard explain how they split the geography of Europe between them, from the Atlantic Ocean to the Black Sea, and wrote their own separate chapters (twenty-six chapters in total) all the while attempting to imagine the atmosphere of each local and the attitudes and concerns of the inhabitants. Respecting the title Secret Europe, in addition to the places and events being heretofore unknown to readers, there's one important meaning as expressed in the authors’ own words: “Many courageous spirits in all parts of the continent followed their conscience: and they formed another sort of secret Europe, one which tried to preserve the values of our common humanity.”

While reading Secret Europe, it is wise to keep in mind the whole notion of what comprises history for a city, region, country or continent is continually open to reinterpretation - facts, so called, are never as fixed as textbooks might suggest. Additionally, an undeniable aspect of history is the personal stamp historians bring to the subject - people and events are seen and judged through a particular lens, colored by a set of values and ideas. This to say, history is personal and subjective not an isolated museum piece frozen under glass and enclosed within a frame. So, in keeping with the spirit of playing in the fields of subjectivity and possibility, I'll turn to four specific chapters to share a taste of the secrets contained within Secret Europe.

SILENCE AND FIRE
The tale opens: "I had seen a picture in a magazine of a city after an air raid. It was mostly black, a mass of shadow, except where the flashes of fire lit up the silhouettes of a spire and a tall building. They shone as if they must be standing on the edge of a medieval vision of the inferno. Deep, deep darkness, and the flaming roar of light, in stark contrast: that is what the photograph had shown. I knew that this was, had been, a real city: but the picture had still seemed a tableau, a piece of art, a fiction."

A magazine photograph, a city, a piece of art, a fiction - is Mark Valentine referencing real Europe or secret Europe? Or perhaps both? Questions to keep in mind as we immerse ourselves in this haunting tale.

THE GOAT-EYED
What is a Europe of secrets without a tale of the fantastic? An ancient city was fortified by an impregnable stone wall and four gates facing the cardinal directions: The Night Gate facing west, The Dawn Gate facing east, The Turkish Gate facing south and the Gate of the Magi facing north. Each gate was guarded by its special hereditary keeper, a keeper that according to city lore took on the characteristics of the gate he guarded.

Alas, the Warden of the City overseeing the gatekeepers called a special meeting and informed the four that a number of the citizens of their great city reported strangers to have entered, strangers seemingly like themselves but with one glaring exception: when the citizens meet their gaze, these strangers have goat’s eyes. Goat's eyes!

Following this revelation, those entering the city underwent the most careful scrutiny, even to the point where a squinting ragamuffin shoelace-seller was reported along with others who had rust colored skin or brown eyes, even a young woman with a high bleating laugh was subjected to police interrogation. But when a young stranger dressed in dark clothes and a fierce gaze was permitted entry, overnight the city was transformed in ways both stark and strange, leaving no doubt their fair city was now under the sway of goat’s eyes. A Valentine worth a stack of gold florins.

CABARET ZOLTAIRE
Secret Europe expands out to present a jaunty episode that reformulates an evening of outlandish zaniness in true Dada spirit at or near the original Cabaret Voltaire where artistic expression was given over to nonsense and childhood innocence as a bold revolt against the seriousness that propelled nations to continually pit youth against youth in a war that crippled, disfigured or poisoned healthy young bodies not otherwise consigned to mass graves.

As Hugo Ball read his Dada Manifesto in 1916 so the artists at the Cabaret Zoltaire proclaim their “first imperial alphageographic confederation in all the world” where they implore minor localities to abandon a bunch of tinheads fighting over hairlines on a map and join the Empire of Z to realize a new transnational destiny. The audience responds enthusiastically – Zut! Zut!

A representative from the town of Zvenigoroika accepts a high office in the Empire of Z. Artists unfurl a black flag with bold silver Z and sell passports to the Z Empire for one Zloty. But then the Imperial Minister for Exzternal Affairs proposes a confraternity between X and Z whereupon the Imperial Zurveyor displays a map with Zaandam, Zwolle, Zabern, Zwicken. The audience yells - A zong! A zong! More mappings and the Zong Zong turns to Zug Zug until z-utter pandemonium, all to Zzzzz Zzzzz Zzzzz Zzzzz.

THE WHITE CITY
John Howard’s narrator participates in plans to establish a revitalized city under an infinite Baltic sky, a city of the future. He walks the city streets for hour, locating new buildings designed by an especially inventive architect. There are two he has never been able to locate, two buildings that are modern white cubes. He recognizes they might never have been actually built but nonetheless, these two buildings have come to mean the future for him. “The potential they stand for is wholly human and humane, a bright and clean future, the inspiration that I and all Estland so sorely needs. To move forward without them would be to wander on to the wrong path, to stumble away from the brightly-lit street and fall headlong into the wreckage and waste of a new dark age.”

This last quote underscores two critical attributes pertaining to not only The White City but Secret Europe taken as a whole. Firstly, the authors’ literary aesthetic both partakes of the rich tradition of elegant British writing, such well known authors as Wilkie Collins and Algernon Blackwood, and looks to the future with both courage and sensitivity. Secondly, a point I especially appreciate, the explosion of imagination in the pages of Secret Europe invites a reader to likewise create explosions of their own imagination - case in point, when reading about those two white cube buildings that stand for so much for the narrator, I reflected on a white cube building that, for me, symbolizes a future for humanity embracing both harmony and great beauty: Moshe Safdie’s Habitat, a model community and housing complex in Montreal. 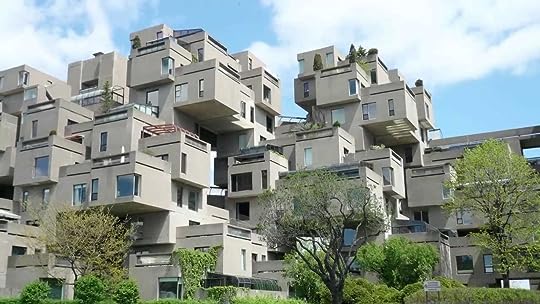 Habitat 67, designed by Moshe Safdie for the 1967 World Expo 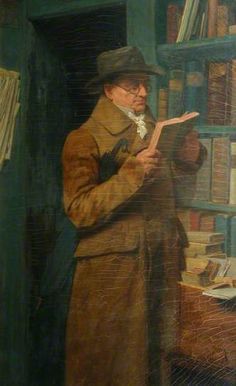 British author John Howard, born 1961 (no photo of the author available thus I chose this painting of a man reading)