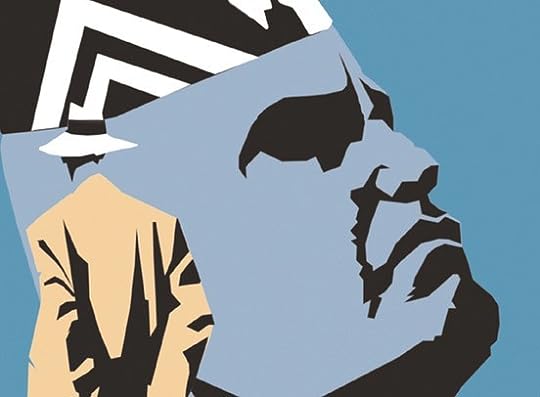 Carte Blanche - Italian Crime Noir set in those tumultuous Mussolini years in Italy between 1943 and 1945 where, as author Carlo Lucarelli recounts in his Preface, in Milan alone there were at least sixteen different police forces, ranging from the "regular" police to the Gestapo, these organizations doing whatever they damn well pleased and sometimes even going so far as to arrest each other.

Carte Blanche, the first of the author's three Commissario De Luca novels based, in part, on his conversations with an actual member of the Italian police force with forty years experience, from 1941 to 1981.

De Luca must walk the political tightrope as he attempts to do his job as policeman and solve a murder. His first step is letting a member of the Mobile Squad, Maresciallo Pugliese, know he is not Comandante but Commissario, that is, he's no longer part of the Brigata Muti (Fascist Black Brigades) but a member of the Bologna Police Force.

Carlo Lucarelli tells his tale from the standpoint of objective third-person, thus giving you, the reader, a sense of standing next to Commissario De Luca every step of the way. And it's a tight, finely wrought tale, told in 100 pages moving at a brisk clip.

It all starts when a bomb explodes during a funeral procession on one of the city's streets. Predictably, it's the funeral for one of the county's political leaders. The National Republican Guard, Black Brigades, Decima Mas and the city police commence shooting at one another. No matter, following the shooting spree, De Luca picks himself off the ground and continues walking down the street to the home of Count Tedesco. Upon entering, De Luca finds the Count dead in a chair, stabbed in the chest and his penis cut off.

One of the reasons Carlo Lucarelli's fiction pops is his crisp portrayals of character - a handful of striking, colorful strokes is all the talented author needs to create a distinctive portrait. By way of example, here are several women and men we meet in Carte Blanche:

Sonia - "With languid, rolling steps that stretched her dress tight over her thighs, she moved away, and when she passed by De Luca, something brushed against his trench coat, at the height of his crotch: a light, fleeting touch that was, however, enough to make him recoil instinctively against the wall." Whoa, sweet honey! With your black hair and strange, soft green eyes, you are irresistible, a shapely babe that can make men's blood race with your slightest touch.

Valeria - an attractive redhead, a clairvoyant who can read people by looking into their eyes. She also has a strong existential streak, telling De Luca his identity is too bound up with his role of policeman. Will the Commissario allow himself to be hypnotized by this luscious lady? When he finds himself in Valeria's bedroom, does he truly have any choice?

Vitali - Fascist party secretary present whenever De Luca meets with his boss, the Chief of Police. Federale Vitali is a small, edgy-looking man with raven hair swept back and plastered down with grease, a loyal fascist who is forever clicking his heals and crying out: 'Saluto al Duce!' With the likes of Vitali, our somewhat introverted Commissario De Luca knows he must forever be on his guard. One false move and he could not only be taken for a fool, but ever worse, he could be dragged off to face a firing squad.

Rassetto - As part of his murder investigation, more inside political information is needed, requiring De Luca to drive out to an old farmhouse to meet with Rassetto, now a Captain for the Brigata Muti. The Captain is somewhat forthcoming with tidbits of info but also uses his formidable persuasive skills in an attempt to convince De Luca to rejoin their ranks. Carlo Lucarelli takes this scene as an opportunity to add a bit of local flavor - when De Luca walks out of the office, the author writes: "From downstairs echoed another indistinct, far-off scream." Italy in those years of extreme upheaval - hardly a fun place to live.

Dietrich - Head of the Gestapo in the city, a man with "a cold, limp, flabby blue stare." Lieutenant Dietrich embodies the very Gestapo spirit. When De Luca informs the lieutenant that he's conducting a murder investigation and it's critically important he see one Oreste Galimberti, a man the Gestapo is currently holding, Dietrich is most obliging - he points out the window where two SS men are loading the bloodied corpse of the old man onto a truck. Again, from his short, blonde hair down to his slick black boots, Dietrich is Gestapo all the way.

De Luca - Most of all, we come to know the tall, lanky Commissario (the illustration above from the book cover of this Europa Editions perfectly portrays our man standing before a poster of Il Duce). We're given glimpses of the Commissario's thoughts and feeling (he's inclined to doze off during the day since he can't fall asleep at night) but more than anything, it's his words and actions that speak volumes.

Count me in as a new fan! I so much look forward to Carlo Lucarelli's second and third novels forming part of his De Luca trilogy. Also, I'm taken by what is know as Mediterranean Crime Fiction and I see Europa Editions features a number of authors writing in this genre - Massimo Carlotto, Giancarlo De Cataldo, Maurizio de Giovanni, Jean-Claude Izzo. So much great literature to luxuriate in. 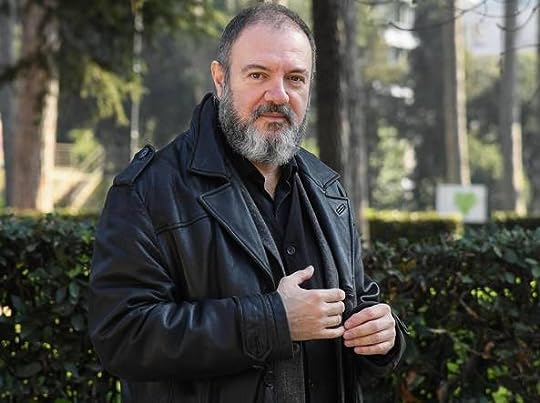 "In that still silence, punctuated only by the pitter-patter of rain that had started to fall against the panes of a square window just above his head, sleep once again began to overwhelm him, making him waver. He leaned his head back against the cool, white wall and fully emptied his lungs of air. He felt dirty, dusty, in tatters, and he would have liked a bath, to fall asleep in the bathtub, to melt into the water and slip away down the drain." - Carlo Lucarelli, Carte Blanche